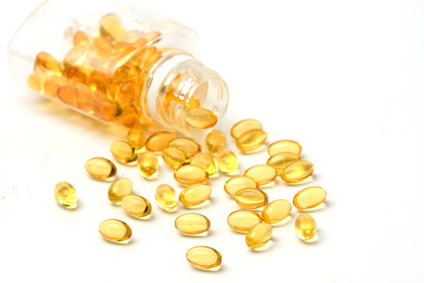 Keeping your heart healthy is a concern for most of us these days. Heart attacks and other forms of heart disease are among the leading causes of death in South Africa. Many of these conditions could be prevented with early intervention. While we all know of the importance of balanced eating and exercise, there are other simple ways to keep your heart healthy.

Some vitamin and mineral supplements are known to be good for your heart – coenzyme Q10 (CoQ10) is one such micronutrient. It should be used alongside prescribed medication and in conjunction with lifestyle changes that can keep your ticker pumping for as long as possible. 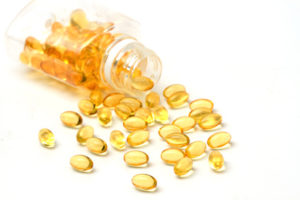 Coenzyme Q10 (CoQ10) is a micronutrient that is present in every cell in the body. It occurs in higher concentrations within the heart muscle cells. CoQ10 is an antioxidant which binds with free radicals and prevents cell damage. It is also an important part of efficient energy production within the cells.

CoQ10 is by no means a miracle supplement but it is naturally produced by the cells in your body. It may also be sourced from foods, with the highest quantities found in meat products and particularly in offals. As you get older, the amount of CoQ10 that you body manufactures gradually decreases.

Various studies have demonstrated the benefits of CoQ10 both in the prevention and management of different cardiovascular conditions. It is therefore possible that the declining CoQ10 levels with age may correlate with the higher risk of heart disease as you get older. It is also known to be useful in reducing some of the side effects of statins, which are cholesterol lowering drugs.

However, it is often not affordable for every person. Due to the major price difference between ubiquinone and ubiquinol, many people opt for the more inexpensive ubiquinone. Ubiquinol has some distinct benefits that may not be found in ubiquinone. Apart from being more readily absorbed and easily assimilated into the body, ubiquinol is also able to “regenerate” vitamins A, C and E.

These vitamins are known to be powerful antioxidants on their own. Ubiquinol also improves the way the cell’s produce energy more efficiently than ubiquinone. Since it is a more potent form of CoQ10, smaller amounts of ubiquinol are needed in supplement form.

Since CoQ10 s an antioxidant, it has a host of benefits in the management and treatment of certain diseases. It also has an anti-aging benefits. Although CoQ10 is naturally produced in the body, deficiencies can occur if the body is using more CoQ10 than it produces or absorbs from food.

The symptoms of a deficiency is not as obvious as with other vitamin and mineral deficiencies. However, it may play a contributing role in the development of certain medical conditions, particularly cardiovascular (heart and blood vessel) diseases.

Studies have also revealed that CoQ10 may have some benefits in a range of cardiac conditions. It may reduce the severity of angina, decrease the risk of consecutive heart attacks after an initial heart attack and reduce the chance of heart failure following a major heart attack. However, further research is needed for more conclusive evidence to verify these findings. These potential benefits does not exclude the need for tried and trusted medical and surgical interventions.

Although CoQ10 is believed to have some benefit in reducing the development of fatty plaques in arteries (atherosclerosis), particularly in people with high blood cholesterol levels, it should not be used as a substitute for cholesterol-lowering drugs.

CoQ10 is believed to reduce the trigger for the development of fatty plaques – this is in the injury and inflammation of the inner lining of the artery wall. However, it has been found that CoQ10 has significant effects in reducing some of the side effects associated with using cholesterol-lowering drugs known as statins.

This may be useful for people who are experiencing difficulties with statin use and may be considering quitting these drugs. In some countries, CoQ10 is routinely prescribed for patients using statins. However, it is important to first discuss the simultaneous use of CoQ10 with statins with your doctor and pharmacist.

CoQ10 and Other Diseases

Some of the other benefits of CoQ10 extends to conditions such as: