It is not unusual for some people to pass stool more frequently than others. Bowel habit as it is known varies among individuals. You could have a bowel movement just once every second day and this is considered normal whereas others may have two bowel movements in a 24 hour period. Provided that the stool is soft but well formed and is not difficult or painful to pass out then it is considered to be a normal bowel movement.

Diarrhoea (US ~ diarrhea) on the other hand is where you have a bowel movement more than three times a day and usually the stool is watery or less well formed than normal.  It is a common problem that affects babies, children, teens and adults every now and then for various reasons. Apart from outbreaks of viral gastroenteritis, diarrhoea occurs as a symptom of several acute and chronic diseases.

Most of us in South Africa refer to diarrhoea as runny tummy or a “running stomach”. We also frequently use the terms “stomach bug”, “stomach flu” or “tummy bug”. However, it is important to understand that diarrhoea is not always a problem with the stomach itself and not every case of diarrhoea is due to an infection (bugs). Furthermore diarrheal stool is not only water and the food that was last eaten.

The stool in diarrhoea may be mixed with mucous, pus or blood or it may be greasy and offensive-smelling. Most cases resolve on their own, but if severe, diarrhoea can lead to dehydration, which can become life-threatening, particularly in small children and the elderly.  Diarrhoea can either come on suddenly (acute diarrhoea) or may be present over a longer period of time (chronic diarrhoea is diarrhoea persisting for over 4 weeks). 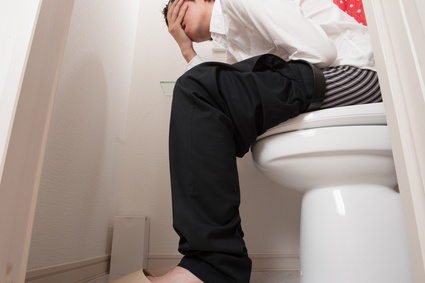 Acute diarrhoea is usually caused by viral, bacterial or parasitic infection. Chronic diarrhoea is more likely to occur as a result of some functional disorder, such as irritable bowel syndrome (IBS) or intestinal diseases like inflammatory bowel disease (IBD).

Diarrhoea is a common symptom of many conditions and diseases. In some cases, no definite cause can be found and the diarrhoea goes away on its own without any treatment. The common causes of diarrhoea may include :

Other rarer causes may be :

Signs and Symptoms of Diarrhoea

Signs and symptoms may vary according to the cause of diarrhoea.

Treatment at home, without any specific medicine, is usually effective in controlling mild to moderate diarrhoea within two or three days. If the diarrhea is persisting for more than 3 days or if there are any signs of dehydration or other symptoms, medical treatment should be sought.

Foods to Eat and Avoid After a Runny Tummy

A diarrhoea diet is the foods that you should eat during and immediately after a bout of diarrhoea. These foods will be less likely to aggravate the diarrhoea or trigger another spell of diarrhoea once your condition settles. Every case of diarrhoea should be investigated and you should not try to manage your diarrhoea at home without medical treatment.

When you have a runny tummy, you may not want to eat any solid food. While drinking fluids only will suffice for a day or two, you should not avoid food altogether for long periods of time. The lack of nutrition will lower your immune system and not allow you to recover or other medical conditions may develop.

If you are sticking to fluids only, then don’t only drink water. This is not sufficient as you will need electrolytes (salts) and a source of energy like carbohydrates. Avoid energy drinks and carbonated beverages. The preservatives, colourants and flavouring within these drinks may aggravate your diarrhoea.

Speak to your pharmacist and buy a rehydrating solution which is usually available as a powder or granules that can be dissolved in water. Alternatively you you can opt for a cheaper home remedy where you mix 8 teaspoons of sugar and half a teaspoon of salt into litre of clean water. You can use this as your rehydrating solution.

Once your bowel movements settle to some extent and if you have regained your appetite, you may want to start on small amounts of food. The basic foods that are less likely to aggravate you diarrhoea are :

This is known as the BRAT diet and is the simplest way to introduce food to your bowels. Home made soup is always an option but avoid large chunks of vegetables and meat and do not use spices. Rather drink small amounts of the broth. Do not opt for sachet soups available in supermarkets as the additives within these food products may aggravate your diarrhoea.

Persistent Diarrhoea After a Tummy Bug or Antibiotics

If your diarrhoea has not eased despite medical treatment, then your ‘good’ bowel bacteria (intestinal flora) may be lacking. This can occur due to the bowel condition that you just experienced or may be a result of certain antibiotics. In these cases, it is not the food that is causing the diarrhoea but rather a lack of ‘good’ bacteria.You may experience explosive or watery diarrhoea after eating, stomach cramps and abdominal gas bloating with flatulence.

Do not eat large amounts of probiotic yoghurt to restore your good bowel bacteria as the lactose may aggravate the condition. You will need to take a course of capsules containing Saccharomyces boulardii which will help restore your normal intestinal flora. This product is available in all pharmacies in South Africa under various brand names like  Interflora. You will not need a prescription and your pharmacist will advise you on how to use it.