Misconceptions about HIV/AIDS, the treatment and prognosis for this disease is one of the major obstacles facing health authorities. South Africa has some unique HIV/AIDS myths, which is a result of ignorance, disinformation by certain fraternities of the health care sector and cultural beliefs. These are some of the South African myths surrounding HIV/AIDS, although many of these myths are also common in other countries.

This is incorrect. Studies have indicated that circumcision MAY reduce the risk of HIV infection but this does not mean that you should partake in unprotected sex. It is important to note that circumcision is widely practiced throughout South Africa, yet we still have the largest HIV/AIDS population in the world.

MYTH : If my wife or girlfriend is negative then I am also negative.

You cannot determine your status by basing it on your partner’s status. You may be HIV positive but your partner is not, even though you are having unprotected sex with her. The virus is not always spread at first contact and your partner could have tested during the ‘window period’. You need to have a test to be sure of your status.

MYTH : If my partner and I are both positive then it is fine to continue having unprotected sex.

It is advisable  you always use a condom, even if you and your partner are both HIV-positive. Reinfecting yourself may contribute towards your viral load rising faster. Furthermore, your partner may have other sexually transmitted diseases (STD’s) which you could contract from having unprotected sex with him/her.

Alcohol may be useful to disinfect objects, but it does not have the same effect in the blood when consumed. Excessive alcohol intake will only contribute to lowering your immune system even further.

MYTH : ARV’s will make me more sick and will kill me.

Anti-retrovirals (ARV’s) are essential for the treatment and management of HIV/AIDS. There are no other options. ARV’s may have some side effects and some HIV patients who start ARV’s may feel unwell for a short period of time. This does not occur in every case and it will pass with time. Many claims that ARV’s will make you more ill than the disease itself is incorrect. Very often, individuals using ARV’s who make these claims, may have  started ARV’s too late  and other opportunistic infections have already set in. 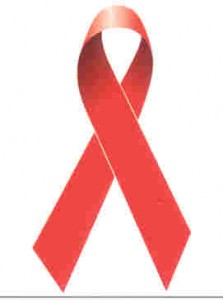 MYTH : ARV’s will cause liver and kidney failure and I will need a transplant.

ARV’s may cause damage to the liver and/or kidney just like any drug. Side effects and complications from any medication may occur, but usually affect a small proportion of users. This myth has been fueled by a popular South African soap opera and this was incorrectly portrayed in the show. Stopping your ARV’s or refusing to take them out of fear of the complications is short sighted.

Like any drug, ARV’s may have side effects, some of which are common and others less so. Reports of impotence and loss of libido among men using ARV’s may not be associated with the treatment itself and could be the result of a host of other possibilities that contribute to erectile dysfunction.

In HIV, wasting may cause a significant loss of weight and this is why HIV/AIDS is sometimes referred to as “slim’s disease” or “the thins”. Using ARV’s usually assists with preventing further muscle wasting, allowing you to gain weight in a healthy manner. If you are overweight or obese, it may not be due to the ARV’s but rather as a result of your lifestyle – eating too much, exercising too little.

MYTH : If I tested positive but gave birth to a baby who is not, then the test may have been incorrect or I am cured of HIV

Children born to HIV-positive mothers only have about a 30% chance of contracting HIV. This is reduced further if the mother does not breastfeed after birth or is taking ARV’s. Your child’s status is not a reflection of your status. Similarly, giving birth to a child who is HIV-positive does not mean that you have now been rid of the disease.

MYTH : I had a shower after sex so I will not contract the disease.

Personal hygiene after unprotected sex has no bearing on the possibility of contracting HIV. Condoms are your only option.

MYTH : Having sex with a virgin will cure me of HIV.

Having sex with a virgin will NOT cure you. In fact, you will be infecting another person with HIV. The same applies for having sex with children. This is a criminal offence and a growing problem in South Africa due to  untruths spread by certain ‘healers’. No matter what any person tells you, this is untrue – you will NOT be cured of HIV by having sex with a child.

MYTH : I can stop my ARV’s when I am feeling well and start them again when I am unwell.

ARV’s have to be continued for life. Stopping and starting can contribute to viral resistance and starting ARV’s again, after a break without it, can make it less effective. Even if your viral load is reported as ‘undetectable’, this does not mean that you can stop the ARV’s. Remember that there is no cure for HIV/AIDS.

MYTH : I am HIV-positive but I will wait for the vaccine.

The HIV vaccine, which is still being tested, will only offer protection for a person who is not already infected. It cannot cure you of HIV. Good nutrition, exercise and healthy living is the best way to cope with HIV until you reach a point where ARV’s are necessary.