The 2009 swine flu (H1N1 influenza) outbreak caused a global concern. Given the HIV/AIDS infection rate in South Africa, the H1N1 influenza  pandemic  was a greater public health concern as it could have been devastating to the local population. Fortunately, the number of deaths were not extremely high but there is always a risk in the future as the influenza viruses can rapidly mutate.

Swine flu is a viral infection that causes a respiratory disease in pigs. This is caused by a type A flu virus (swine influenza virus) that usually does not infect humans. Close interaction with pigs and viral mutation allows the virus to be transmitted from pig to human (zoonotic infection). This human-pig transmission does not mean that this current epidemic is isolated to those farm workers with close interaction with pigs. The H1N1 influenza virus can be transmitted from human to human and this is of particular concern. 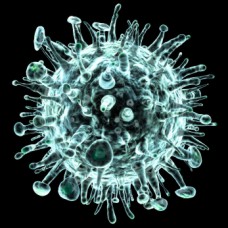 Swine flu is caused by a virus and an antiviral, like Tamiflu (oseltamivir), is very effective in combatting the infection. Other antiviral drugs like Relenza (zanamivir) can also be useful in the treatment and prevention of swine flu. As with SARS (Sudden Acute Respiratory Syndrome) and avian (bird) flu, Tamiflu is one of the leading anti-viral drugs that has received widespread media attention in treating and preventing these ‘flu’ outbreaks.

While Tamiflu is widely available in South Africa, it is not always affordable. Healthy individuals with a strong immune system are likely to manage the infection under medical supervision without requiring antivirals. If you are on antiretroviral therapy for HIV/AIDS, do not consider starting any drug, herbal product or related complementary medicine without consulting with your medical practitioner.

The human-to-human transmission of the H1N1 flu is through body fluids and is often spread through mucus when sneezing or coughing. It is important to practice good hygiene as a means to prevent the H1N1 flu and other viral infections spread by droplets.  If you are suffering with the flu, strict bed rest is advisable and this will allow you time to recuperate while preventing the further spread of the infection.

Always consult with your medical practitioner. Practice good hygiene by washing your hands regularly and use an antimicrobial soap. If you are experiencing bouts of sneezing, always discard you used tissues appropriately and limit your contact with others. Most importantly, eat well, drink plenty of fluids and ensure strict bed rest until you recover.

If you are experiencing symptoms similar to that of H1N1 flu (swine flu), it is advisable to seek advice from a medical practitioner. Do not attempt to self-diagnose your symptoms as ‘just another’ flu, the common cold or a case of  the gastric flu. Since the H1N1 flu can be transmitted from human to human, you can quickly infect those around you.

At the same time, it is important to avoid panic about the current swine flu outbreak. Apart from the 2009 H1N1 flu pandemic, a previous outbreak of the H1N1 flu occurred in the United States in 1976. With proper medical supervision, the infection was contained before a pandemic ensued.

The main concern relating to deaths due to H1N1 flu should focus around those suffering with chronic conditions, immune compromised people and the elderly. In the 2009 H1N1 flu outbreak, most of the related deaths occurred in people with pre-existing chronic conditions where the immune system was significantly weakened.

In South Africa, the main concern revolves around the high HIV infection rate. With one of the highest HIV/AIDS rates in the world, the H1N1 flu could have a severe impact on the local population. People living with HIV and AIDS should seek immediate medical attention even though the flu is considered to be a minor ailment.

H1N1 and the Winter Flu Season

Many of us opt to self medicate ourselves and chalk down our symptoms to a ‘3 day flu’. With the local flu season usually running between May and August, South Africans should be warned that they should seek professional medical attention if they are suffering with the flu.

However, any flu outbreak may not always be limited to specific seasons. Global air travel means that outbreaks such as the H1N1 flu can quickly spread to any region of the world. South Africans should be advised to seek medical attention if they are exhibiting any cold or flu symptoms especially if they have been exposed to persons who have been travelling abroad recently.